Oh, hello there! It has been a while! 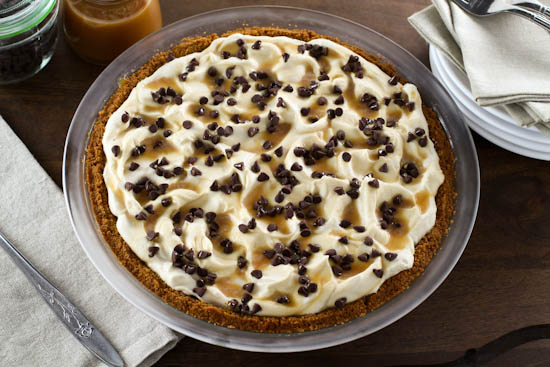 Since last we spoke I have traveled to Ireland for my Kerrygold adventure, lost my sweet little beagle Zuzu, and spent the last seven months (and counting) in and out of hospitals and rehab facilities with my father who has been given two death sentences only to recover and go back to rehab. He is stubborn! I have also written another cookbook (The Everything Dutch Oven Cookbook out in August and available for pre-order), worked on some really fun freelance projects, and won a pie contest. (I was the only person to enter a pie into this contest, but a win is still a win!) It has been a rough ride, and I am committed to making time for the blog again. Blog time is really me time, and I have had very little time for me lately.

When you get down to brass tacks, I love my little blog and the recipes I create for it. Late last year I struggled with where Evil Shenanigans was going. Should I make changes to the content, start making (really bad) videos because they are super trendy right now (even though I am terribly camera shy), or even start adding lifestyle content (ugh!). Dealing with my father’s extended illness, the loss of my little dog, and taking on an abundance of freelance work taught me to treasure what I really love and not to get too wrapped up in what other people are doing, or what they think is important. So, I am going to continue sharing fun recipes. Nothing too serious, certainly nothing too heavy, and never anything too trendy. I am about good, solid, terribly naughty recipes. 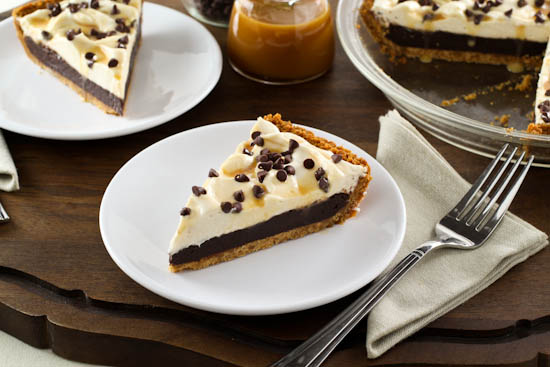 So, I return to you my dears with a pie contest ‘winning’ pie that had people buzzing. My part-time day job (yes, I still have that) has a baking competition every spring. This year I submitted the following pie, and I won. Now, you might not think much of that, but let me tell you how people responded to my entry. One co-worker sent me an email saying she knew the pie must be mine, and letting me know it was better than the pie she gets from our local, critically acclaimed pie shop. High praise. I also got a number of instant messages from others asking if I made the pie, and that it was their favorite entry of the whole competition. Buzz, buzz, buzz. One co-worker told me she wanted to start a religion with the pie as the deity, and that she would have more members than a certain celebrity religion that involves space ships and rudimentary lie detectors. Fun?!

This pie is a study in textures. Crunchy, buttery graham cracker crust. Thick, chewy fudge brownie filling. Lighter than air salted caramel cheesecake topping. It hits the bliss point – the point where you want to keep consuming the pie even though you are full, it is pretty rich, and you want to fit into your swimsuit in a few months. Swimsuits are overrated. Some points to consider when making this pie. First, the crust is baked twice, but it will not burn. Second, do not over-bake the brownie filling. You want to pull it from the oven while still jiggly for a moist, chewy interior. Finally, chill, chill, chill the pie. Make it a day ahead so the topping can get good and cold and so the flavors can develop. You want that. You really want that. 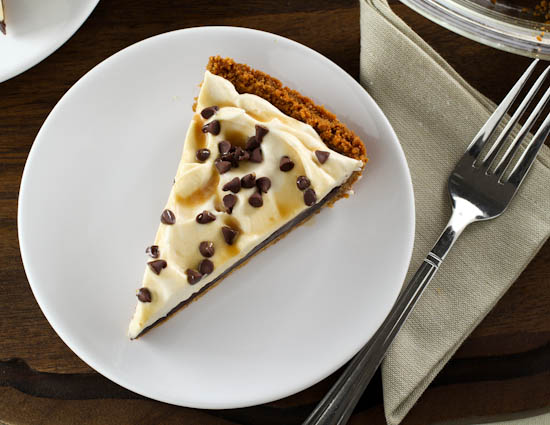 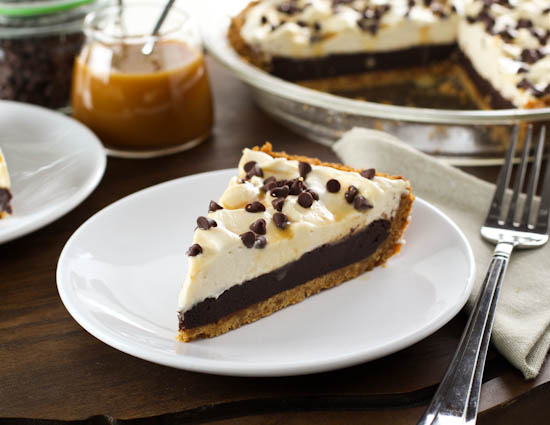