On a recent trip to visit my Great Aunt Ruby I had the opportunity to copy down a few more family recipes. 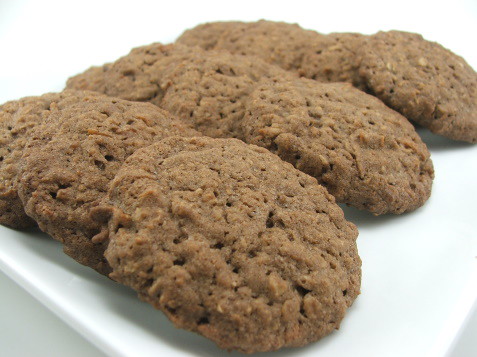 One of the recipes was for an oatmeal raisin cookie made with coconut and cocoa powder.  It sounded unique and I jotted it down to play with later.  Well,  later came sooner than I imagined because I could not get the recipe out of my head.  I modified the original recipe by adding a different blend of white and brown sugars, adding some vanilla, and omitting the raisins.  I didn’t have any in the pantry, but if you want to add them the recipe calls for 1 cup. 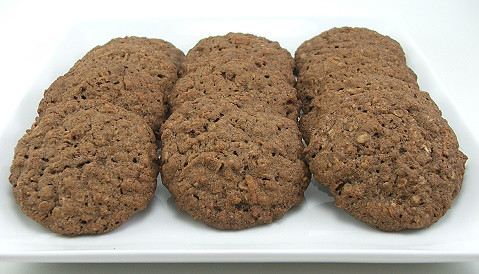 The final cookies are crisp on the outside and chewy inside.  The cinnamon and cocoa powder give the cookies a unique flavor that I find almost addicting.   They are very moist from the coconut and have a lovely texture from the oats.  They also bake up really pretty which makes them great for giving as a gift, or for putting on a pretty plate for a party or get together.

Heat the oven to 350 F and line two cookie sheets with parchment paper. 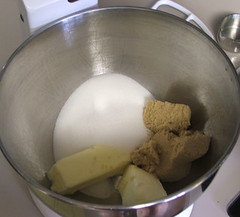 In the bowl of a mixer add the butter, brown sugar, and white sugar.  Blend on low speed until they are just combined.  While mixing on low speed add the eggs, one at a time, and the vanilla.  Mix until well combined but not fluffy. 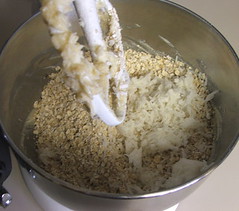 Add the shredded coconut and the oats and mix on low speed until well incorporated. 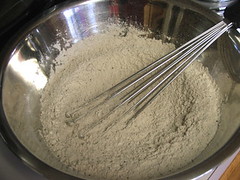 In a separate bowl sift the flour, cinnamon and cocoa powder.  Stir to combine.

In a measuring cup mix the boiling water and the baking soda. 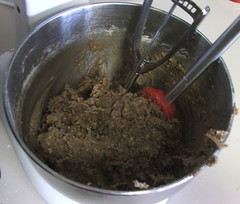 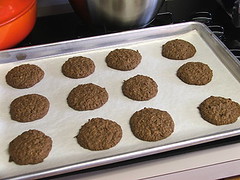 Scoop out the dough by the rounded tablespoon, or use a #60 disher, about two inches apart.  Bake for 18 to 20 minutes, or until slightly darker and firm. 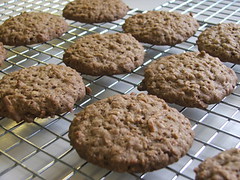 Cool for five minutes on the pan before transferring to a wire rack to cool completely. 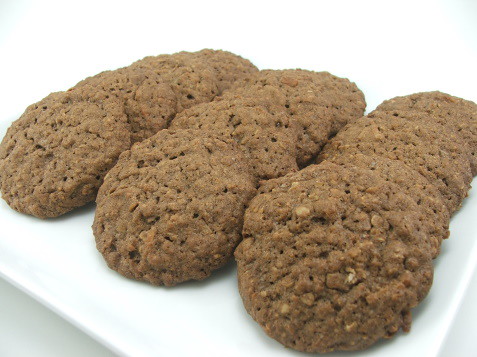 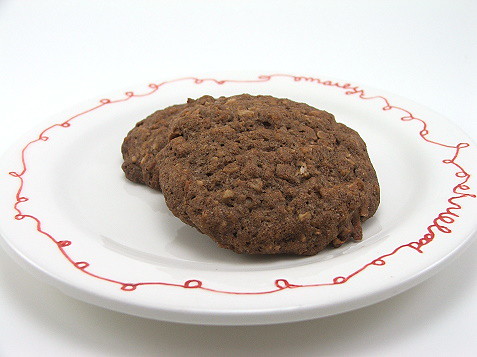