In the last few months I have discovered a few new ingredients that I absolutely love! 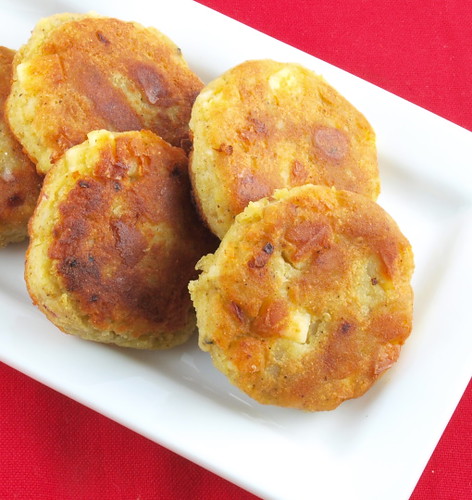 The first of these is a spice called asafoetida, a deeply pungent smelling spice that, when cooked, adds a smooth onion flavor.   A little of this spice makes a big difference as far as complexity of flavor is concerned.  The other ingredient is chickpea flour.  I was inspired to try this from a cooking show where the presenter made sweet potato cakes with chickpea flour as the binder.   I had to try it.  When fried, chickpea flour becomes very crisp and has a mild, almost nutty flavor. 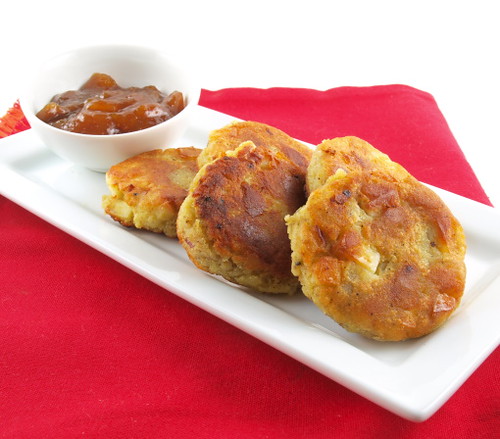 I had been toying with a potato cake recipe for a while, but I had been putting it off until one evening I spotted a creamy white block of paneer at the store.  Paneer is a hard cows milk cheese with a mild, tangy flavor.  It does not melt, which means you get lovely little nuggets of warm cheese through out the potato cakes.  Crispy and creamy with a mild curry flavor, these cakes would be good as an appetizer or a side dish.  These are best right from the pan, but you could hold them in a warm oven for as long as thirty minutes if you needed to.  Just so you know, hot Paneer Potato Cakes and mango chutney are a match made in heaven!

Begin by cooking the potatoes. 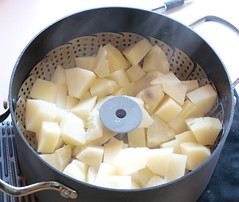 In a large steam pot add 1/2 in of water.  Place the potatoes on the steam basket, cover and cook until the potatoes are tender, about 15 to 20 minutes.  Remove the potatoes to a medium bowl and mash with a fork until only small lumps remain.  Allow to cool slightly. 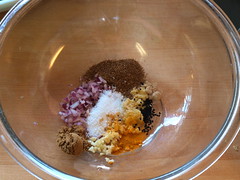 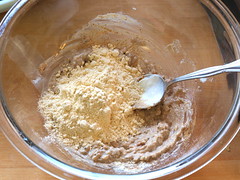 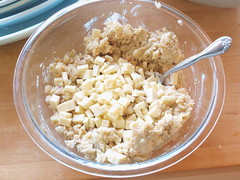 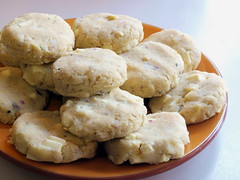 In a large bowl combine the onion, garlic, chickpea flour, yogurt, and spices.  Mix well.  Add the potatoes and mix until just combined, then add the paneer and mix until evenly distributed.  Form the mixture into 15 cakes roughly 3 inches wide and 1/2 inch thick. 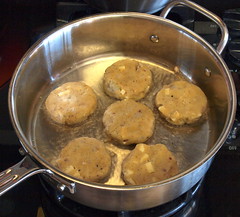 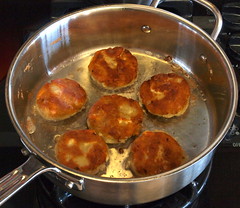 In a large skillet add enough oil to coat the bottom of the pan. Working in batches, cook the cakes for about five minutes per side, or until golden brown and crisp.  Drain on a towel before serving. 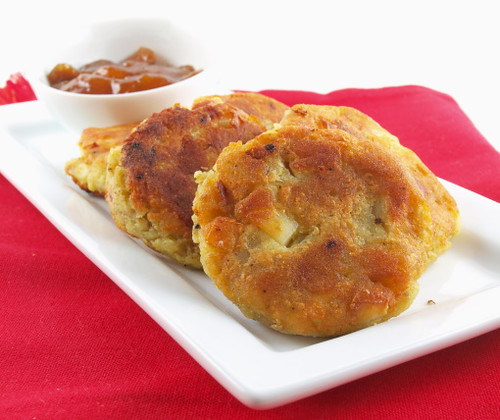 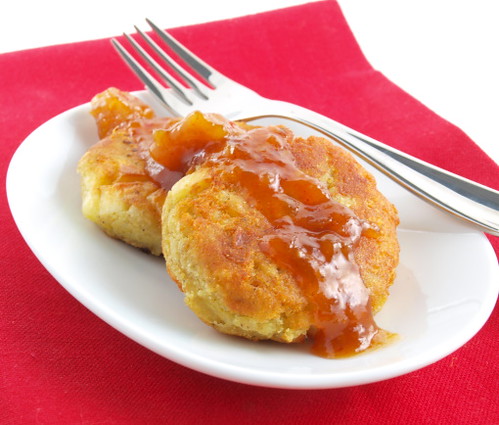