Living so close to the Mexican border you would think you would get more authentic Mexican food, but we really don’t.  We get a lot of really yummy Tex-Mex, the fusion of Mexican flavors with Southwestern ingredients and traditional cowboy cooking methods. 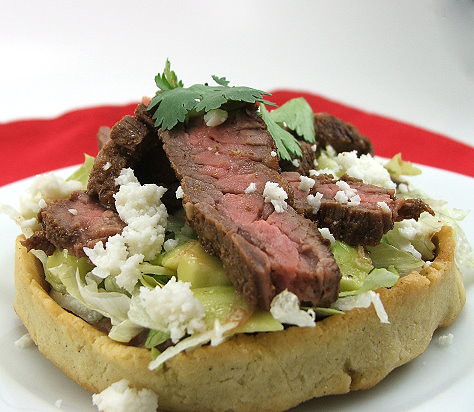 There are times, however, when I crave the food of Mexico.  In particular the fried corn cakes called sopes.  The traditional method for making these involves, as I understand it, griddling then frying the cakes.  I’ve had them and they are lovely. 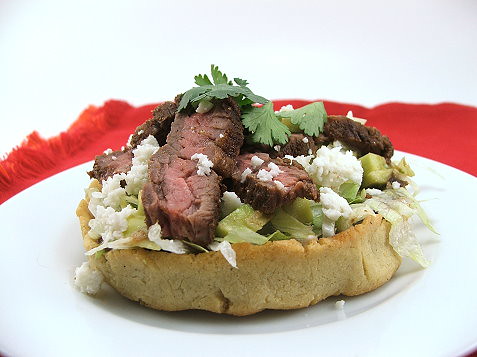 So, the is the point where you ask, “But Kelly, you say you wanted sopes, but you baked yours!  Why?”  Well, I wanted sopes but I did not want to heat oil in the house.  Also, and this is a vanity issue – I did not want to eat a fried corn cake for a week night dinner.  So, the baked sope was the perfect solution.  This recipe is adapted from one by Rick Bayless in the book Salsas That Cook.   These sopes are crisp, light, toasty, and they have a nice round corn flavor.  They make the perfect base for all manner of toppings.

Begin by marinating the steak. 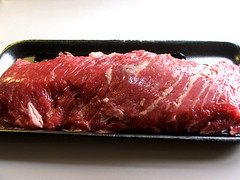 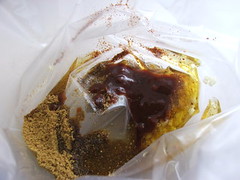 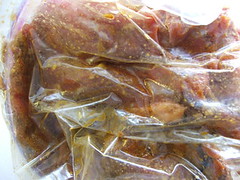 In a plastic bag combine the adobo, olive oil, cumin, coriander, garlic, and cinnamon.  Mix well.  Add the steak and seal the bak, pressing out the excess air.  Massage the paste into the meat.  Refrigerate the steak for at least an hour, but no more than four hours.

While the steak marinates prepare the black beans. 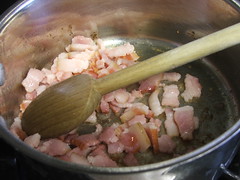 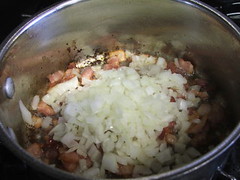 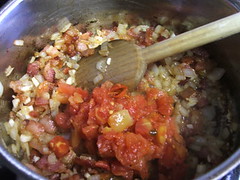 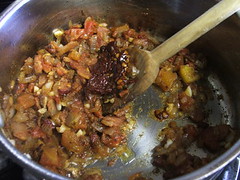 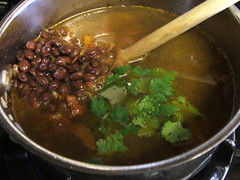 In a sauce pan over medium heat cook the bacon until crisp.  Add the onion and cook until soft, about five minutes.  Add the garlic, rotel tomatoes, cumin, and coriander and cook for thirty seconds.  Add the chipotle pepper, chicken broth, cilantro, and black beans.

Bring the beans to a boil then reduce to a simmer.  Let cook until the liquid has reduced by half, about an hour. 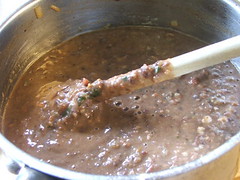 Pour the beans into a blender and pulse until the beans are broken up, but not completely smooth.  Return to the pot, season with salt and pepper, and simmer on medium low for an additional thirty minutes.

To prepare the sopes combine all the ingredients in a medium size bowl.  Mix well and cover with plastic wrap for fifteen minutes. 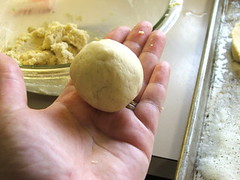 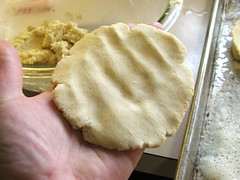 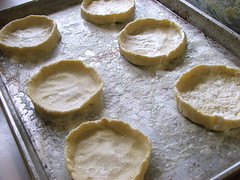 Once rested form the dough into 8 (or 12) equal size balls.  Press into a disk that is about 1/4″ thick.  Pinch up the sides to form a shallow cup.   Place on the prepared sheet while you prepare the rest of the sopes.

Bake for 20 to 25 minutes, or until the bottoms are golden brown and they feel firm. 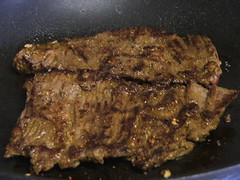 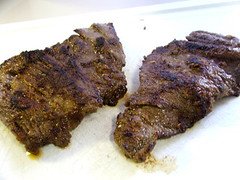 While the sopes bake cook the steak.  Heat a skillet to medium high heat.  Pull the steak from the marinade and cut in half.  Season well with salt and pepper.  Once the pan is hot add a tablespoon of vegetable oil and cook the steak until it reaches your preferred level of doneness.  I cooked mine for three minutes per side for medium-rare.

Let the steak rest until foil for ten minutes before slicing. 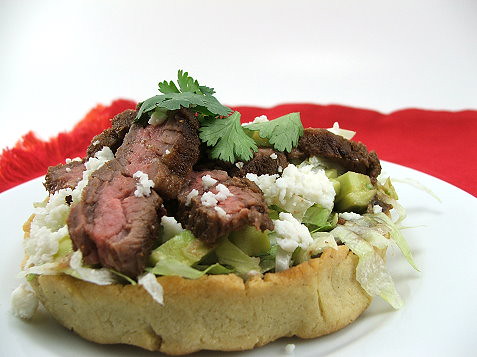 To assemble the sopes spoon a layer of beans into the sope, top with lettuce, avocado, a few slices of steak, and crumbled queso fresco.  Garnish with fresh cilantro leaves. 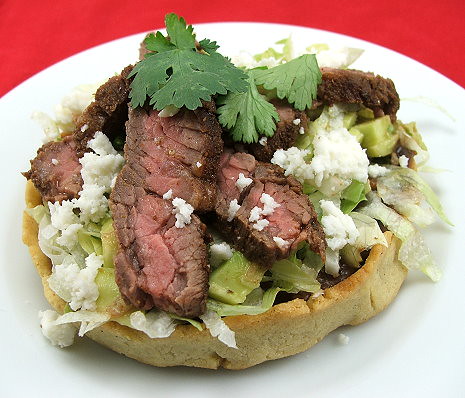