Sometimes nothing but a cupcake will do. 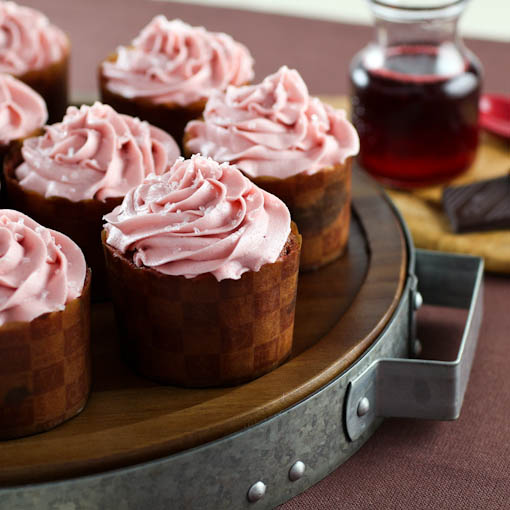 There is something appealing about a pretty little cake that is just for you. With large cakes you feel almost obligated to share because they are big and meant for sharing. Let’s be honest, who wants to be the person who ate the whole cake? And what about AFTER you eat the whole cake? Anyone? But, a cupcake can be greedily devoured in its entirety with no guilt or remorse all by yourself. Heck, eat two! Who would mind? So, when I want to be greedy without looking like total dessert deviant I turn to cupcakes. 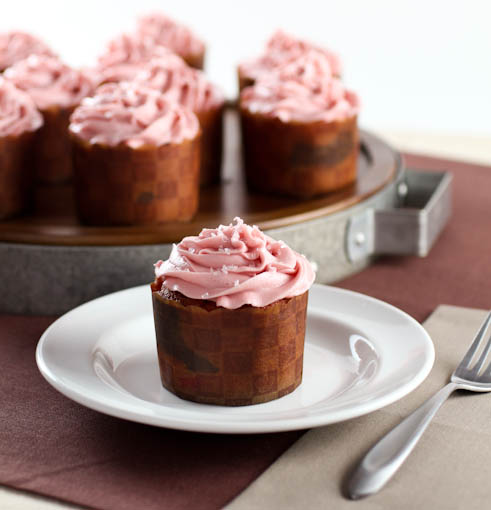 Pomegranate and chocolate intertwine to form a perfectly marbled cupcake which is topped with tangy-sweet pomegranate buttercream. To get the most pomegranate flavor possible I took pomegranate juice and simmered it down into a thick syrup. It adds a bold, mouth puckering flavor that pairs well with the rich chocolate. I did add a few drops of red food coloring to both the cake batter and the frosting to enhance the rosy color of the pomegranate. It is, of course, optional but I liked the deeper pink tones for a more festive flourish. If you wanted you could layer the batter into the liners rather than swirl it, and it would bake into undulating ribbons of pink and brown. I garnished my cupcakes with coarse sugar, but grated chocolate or chocolate sprinkles would also be a nice way to finish these. 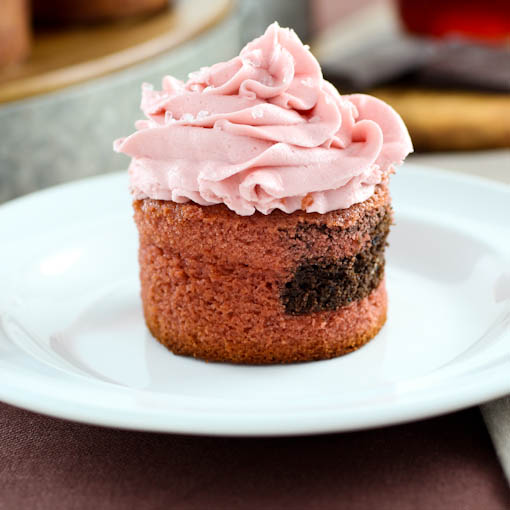 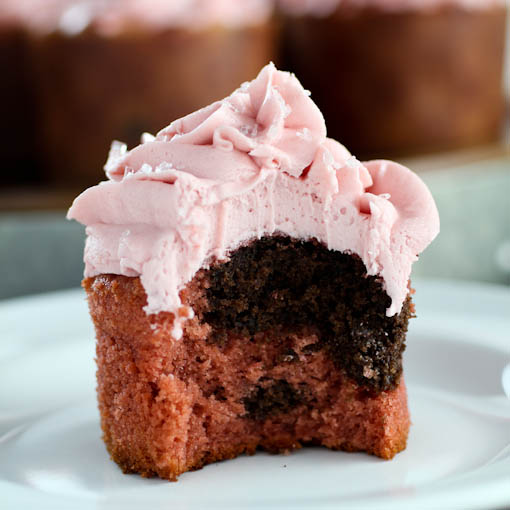