My local newspaper, the Dallas Morning News, posted a recipe just before Superbowl Sunday titled Bacon Explosion.  Since bacon is the candy of meat, I had to click the link and see what was what.  What I found was intriguing, and hard to resist. 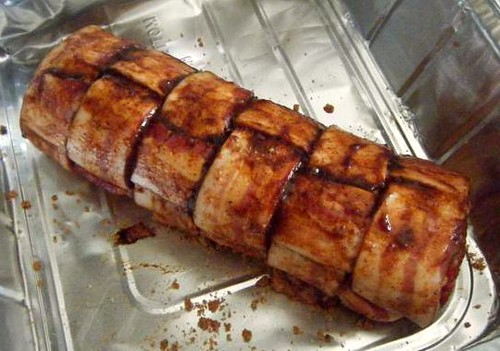 It is a blanket of woven, thick cut, bacon that encases a pinwheel of sweet Italian sausage, BBQ sauce, BBQ rub, and crisp bacon bits.  I amended the recipe very slightly by adding diced pickled jalapenos because I likes it spicy!

This is not something you eat everyday, but if you want to impress a herd of men, and even the ladies, whip one of these up!  It was really pretty easy, except for rolling the sausage away from the bacon, which was not really hard, but it can be a little frustrating the first time.  Remember, the sausage part need not be pretty!  It is all wrapped in your bacon blanket and it looks spectacular once cooked! 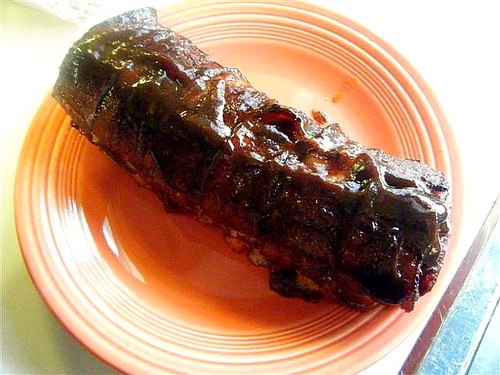 Preheat oven to 225 degrees or light a fire in an outdoor smoker.

Sprinkle 1 tablespoon of barbecue rub over the bacon blanket then evenly spread sausage over the top taking the sausage to the edge.

Crumble the fried bacon on top of sausage, evenly spread the jalapenos over the top, drizzle with 1/4 cup of sauce, and sprinkle with another tablespoon barbecue rub.

Carefully roll the sausage away from the bacon and roll into a tight log.  This will take a little time to roll so you do not pull up the bacon weave.  Press the sausage to remove any air pockets.

Roll the sausage toward you, this time with the bacon around it, until it is completely wrapped. Place it seam side down on the pan.  It should be about 3 inches thick.  Coat the outside with the remaining rub and cover with sauce.

Cook until the outside is darkly golden and the internal temperature reaches 165 degrees.  It takes around 1 hour per inch, but begin checking after an hour and and a half.   When done, glaze roll with more sauce to taste and allow to rest for 5 minutes. 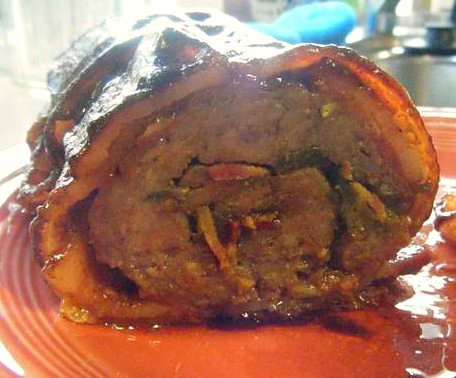 Slice into 1/4- inch rounds and enjoy!