I’ve discussed inspiration here a few times, and I admit mine comes from the strangest places. 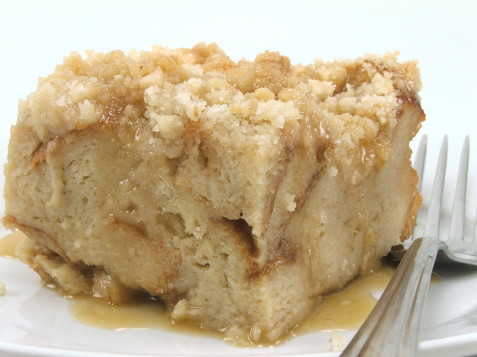 This bit of inspiration hit in my local grocery store’s rather dismal bakery section.  Let’s be honest, grocery store bakeries are bleak places stuffed with pre-fab cakes smothered with greasy icing, cookie pucks, and pies with what can best be described as watery crusts.  So, right about now I bet your wondering where I got any inspiration from such a wasteland of baked goods. 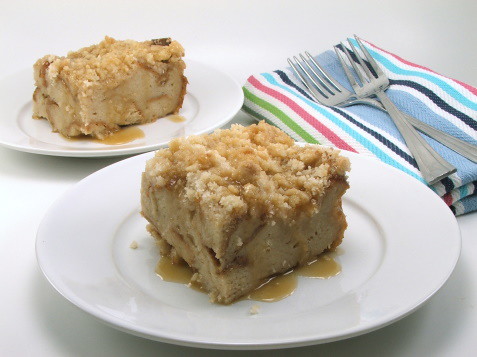 My inspiration was a loaf of whole grain french bread.   The bread looked pretty good, truth be told, but when I picked it up I felt that it was past it’s prime.  I considered for a moment and decided to get it anyway.  Stale bread is perfect for one of my very favorite desserts.  Bread pudding!

Because it is Fall I am craving warm flavors which is why I chose butterscotch and cinnamon to flavor my bread pudding.  Once in the baking dish I decided to add a crisp topping.  Not only because it is pretty but because it adds a bit of texture.  I like texture!  While it was baking I decided it NEEDED a sauce, and I had some golden rum calling out to be used.  This dessert just sort of made itself! 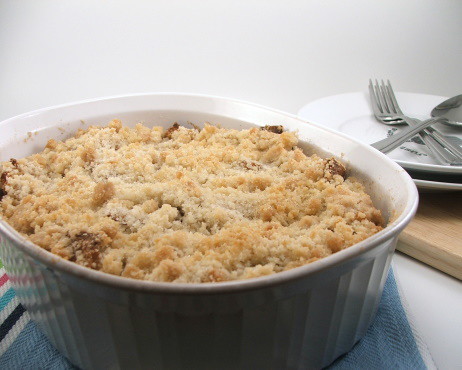 This bread pudding is lovely warm from the oven with a drizzle of Rum Sauce, but it is even better the next day, gently warmed in the oven or microwave.  Let it cool down completely before storing in the refrigerator and the crisp topping will stay nice and crisp. 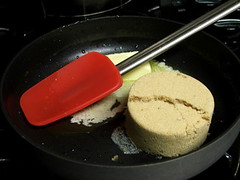 In a small skillet over medium heat melt the butter and brown sugar.  Let the mixture start to bubble and cook for thirty seconds.  Remove the pan from the heat to cool slightly. 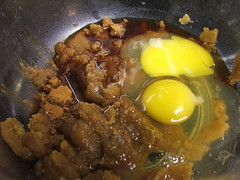 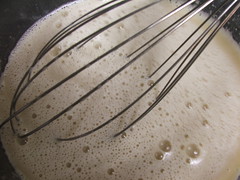 In a large bowl whisk the eggs, cinnamon, salt, vanilla, and the brown sugar mixture until well mixed.  Whisk in the milk. 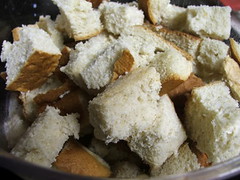 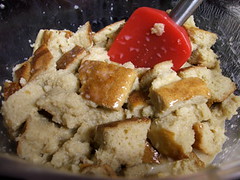 Add the cubed bread to the bowl and toss to coat.  Allow to soak for ten minutes before transferring to the prepared baking dish.  While the bread soaks make the crisp topping. 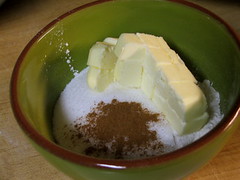 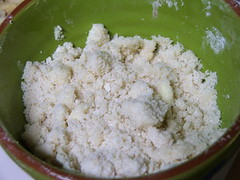 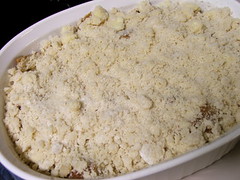 In a small bowl combine the flour, cinnamon, salt, and sugar.  Using your fingers blend in the butter until the mixture resembles wet sand with peas in it.  Spread the topping over the bread pudding. 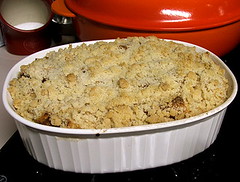 Bake for 45 to 50 minutes, or until the topping is golden and the entire bread pudding has puffed.

While the bread pudding bakes prepare the sauce. 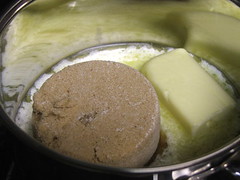 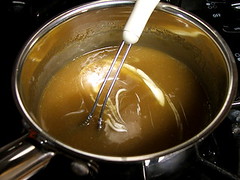 In a small sauce pan over medium heat melt the butter.  Mix in the brown sugar and bring to a boil.  Allow the mixture to cook for thirty seconds, then reduce the heat to low.  Slowly add the cream while whisking.  Bring the mixture back to a boil then turn off the heat.  Carefully add the rum and mix well.  Allow the sauce to cool. 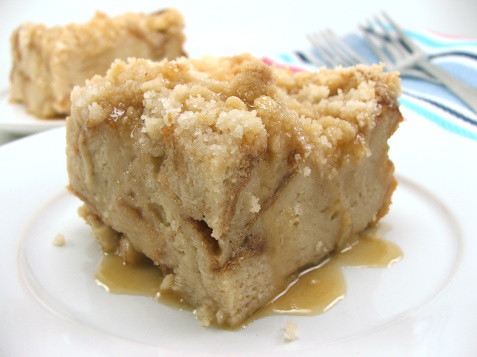 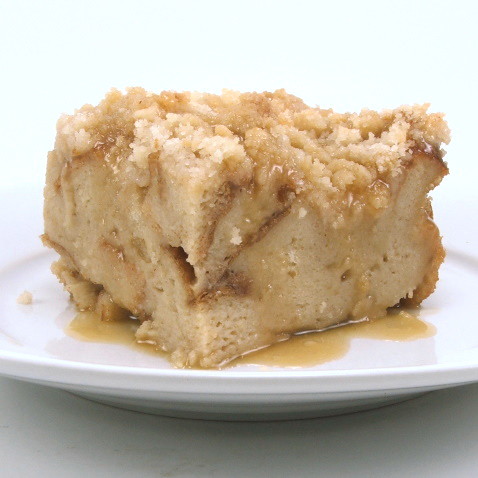