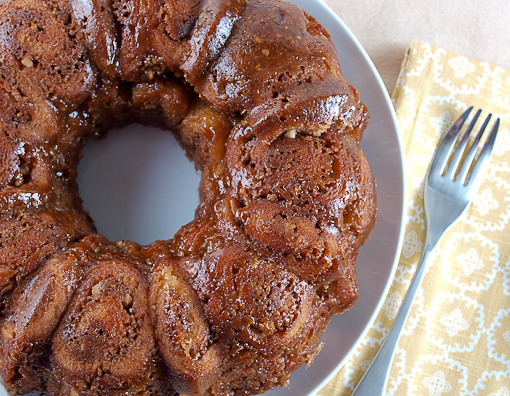 February has been one bitch of a month for me personally, so to celebrate the end of it I decided to bake something really, really naughty.  I was inspired by monkey bread, a heavenly concoction of cinnamon sugar covered dough that is baked in a sticky brown sugar and butter sauce.  The end result is sweet, buttery, and perfect for sharing.  Most of the recipes I found on the interwebs for monkey bread used a short cut:  canned biscuit dough.  That was not going to work for me.  Canned dough has that canned biscuit dough flavor, and why use that when fresh biscuit dough is so easy and so good?  So, I would make my monkey bread with homemade biscuit dough.  I reasoned that if I was making homemade biscuits I could add a little something extra to spruce things up.  Why not make them into mini pecan sticky buns?  Why not add bourbon?  You can see how I went down the primrose path of evil here. 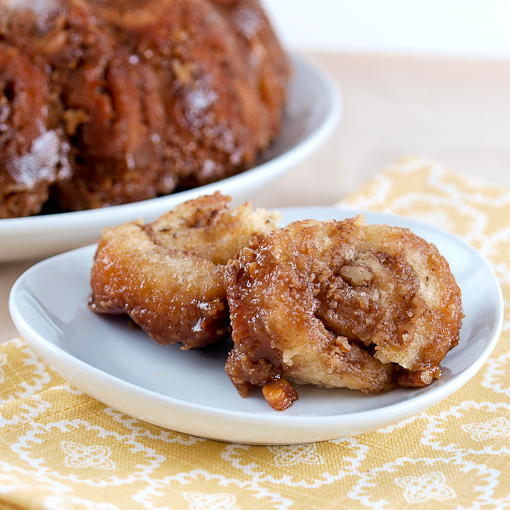 I was tempted to call this recipe Sticky Sin Rolls.  Seriously.  For me this bread is utterly, and instantly addicting.  Seriously, it was hard to shoot the photos smelling the warm cinnamon, buttery dough, and toasty pecans.  The finished bread has a subtly swirly look under a coating of shiny, sticky bourbon scented caramel.  As the bread bakes the outside edges get just a little crunchy, while the inside stays fluffy and tender.  The pecans, which get nice and toasty in the oven, add a chewy texture and earthy flavor.  This bread can be made up the night before all the way to lining the pan with the dough.  The next morning just pour over the sauce and bake.  This would make an impressive breakfast, but is also good as a snack, or dessert.

Heat the oven to 350 F and generously spray a fluted tube pan, or bundt pan, with non-stick cooking spray.

Begin by preparing the sauce.  In a small saucepan combine the brown sugar, butter, and bourbon.  Place the pot over medium-low heat and cook until the butter is melted and the sugar dissolves, about 10 minutes.  Remove the pot from the heat and add the vanilla.  Set aside to cool completely. 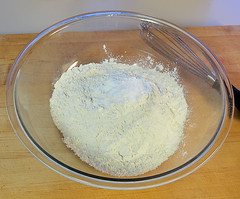 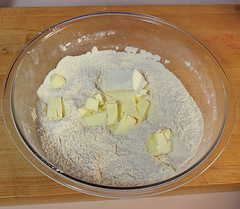 In a large bowl whisk together the flour, baking powder, baking soda, and salt.  Add the cubed butter and cream cheese and, with your fingers, rub them into the flour mixture until the mixture looks like coarse sand studded with pea sized pieces of butter. 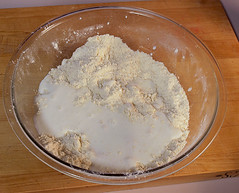 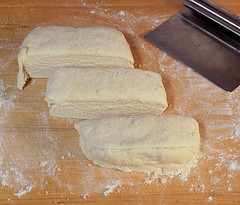 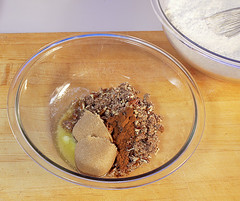 While the dough chills prepare the filling.  In a medium bowl combine the brown sugar, cinnamon, melted butter, and pecans.   Mix until well combined.

In a small bowl mix the sugar and cinnamon until thoroughly mixed. 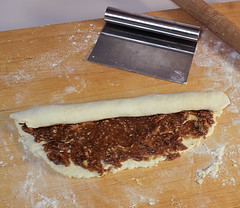 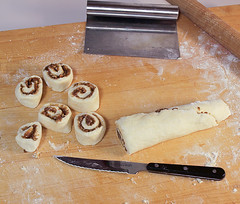 Once chilled roll out one of the pieces of dough on a lightly floured surface until it is about a 1/4-inch thick rectangle.  It does not have to be perfect.  Spread 1/3 of the pecan filling evenly over the dough, then roll the dough along the long side into a tight log.  With a serrated knife cut the log into 1/2-inch rolls. 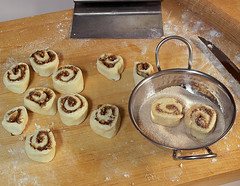 Coat the rolls on all sides with the cinnamon sugar mixture. 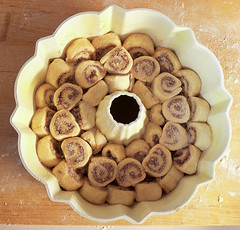 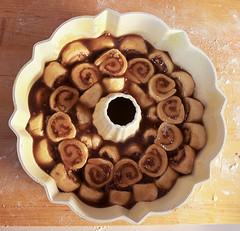 Once coated, arrange the rolls in the prepared pan with the swirled sides facing out.  Use the ends of the cinnamon rolls to line the inside part of the tube pan.  Pour the cooled bourbon butter sauce over the rolls and tap gently to help the sauce settle. 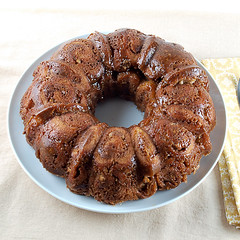 Bake for 35 to 40 minutes, or until the top of the rolls are golden brown and any liquid that remains is very thick and bubbling.  Cool in the pan for 20 minutes, then turn out onto a serving platter. 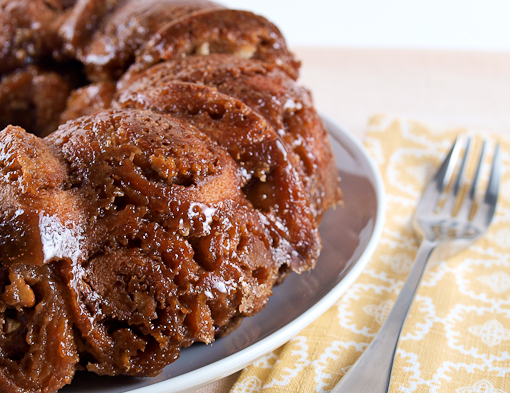 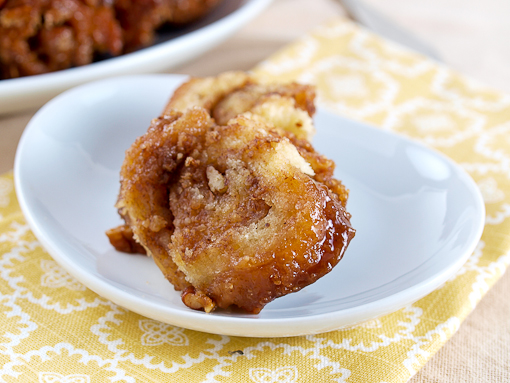