A few weeks ago my husband and went to see the Cherry Poppin’ Daddies. 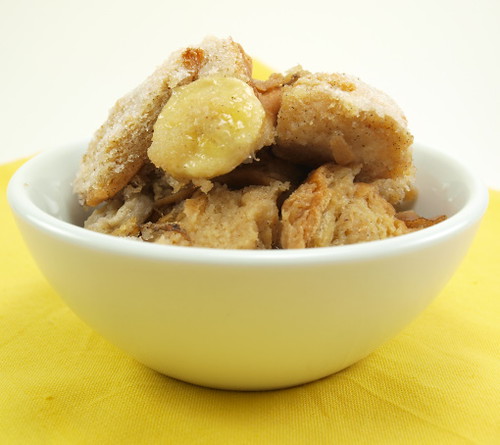 You know, the one hit wonders from the 90’s?  They were playing at the House of Blues in Dallas and I could not resist. I love swing music so much I even took swing dancing lessons in college.  We decided to go ahead and have dinner at the House of Blues before the show.  Because we had a little extra time before the show began, and because I love desserts, we decided to split the bread pudding.  It was pretty tasty, but what made it better than I expected was the addition of a little sliced banana.  That, I must say, was something I never thought of but was instantly enamoured of. 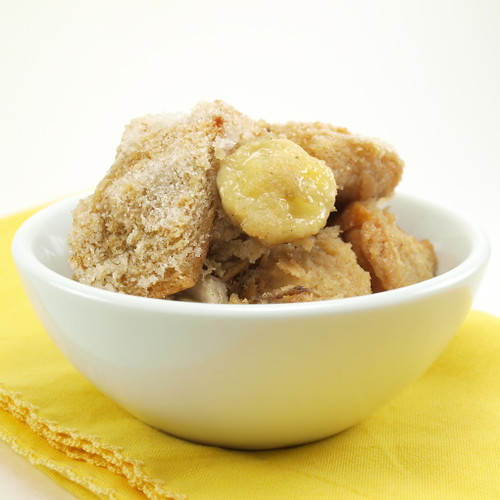 So, it should come as now surprise that I wanted to make one all my own.  While coming up with the recipe I decided I needed dark brown sugar.  Bananas and dark brown sugar compliment each other so well.  The deep caramel and molasses flavors in the sugar make the bananas pop.  Serve this dessert warm out of the oven, or even at room temperature.  A scoop of vanilla ice cream would also be a lovely addition. 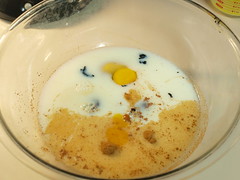 In a large bowl whisk together the butter, milk, brown sugar, eggs, cinnamon, nutmeg, salt, and vanilla.  Whisk to mix. 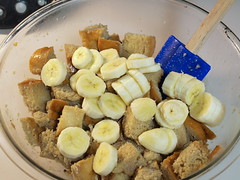 Add the cubed bread and fold to coat.  Let stand for five minutes, folding the mixture occasionally to make sure the custard is evenly absorbed.  Fold in the sliced bananas. 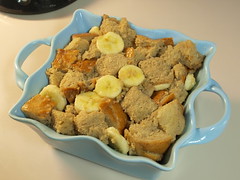 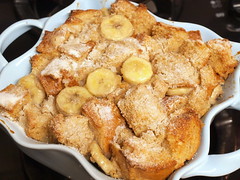 Pour the mixture into the prepared dish and evenly sprinkle the two tablespoons of sugar over the top.  Bake for 40 to 45 minutes, or until golden brown and puffed all over.  Allow to stand for thirty minutes before serving. 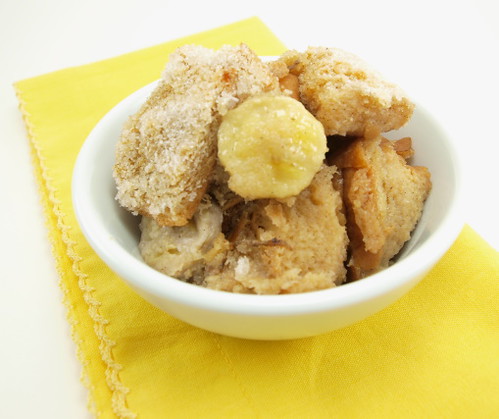 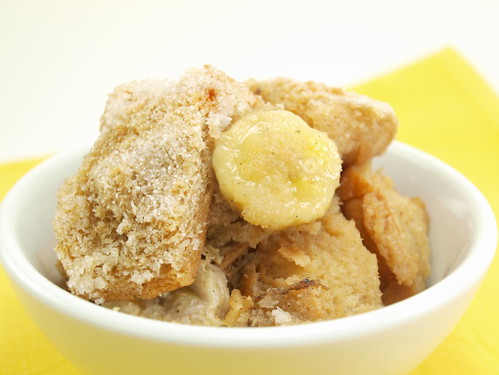